These are all books I have actually read and recommend to my friends. Clicking through these links will support this site. Thanks!

JOHN HOLT was a well-respected educator who began to see the inefficiencies in the school system. He tried for years to work within the system, working brilliantly with his own students and attempting to improve the system for everyone. When he finally realized that the system itself is unfixable as far as truly educating children, he moved into reform outside the school system. He is considered by many to be the father of homeschooling. Read ANYTHING by John Holt!

RAYMOND and DOROTHY MOORE are sometimes called the grandparents of the homeschooling movement. Dr. Raymond Moore was in administration and his wife Dorothy Moore was a reading specialist. They both became convinced that early formal education (before the age of eight to ten) was actually harmful to the developing systems of the child, e.g. too much close-up work prevented children’s eyes from developing proper far-distance vision. They learned (and heavily documented) that children who are given no formal education until fourth, fifth, and even sixth grade and then placed in school with their age-peers would quickly catch up with and even pass their peers in academic achievements. 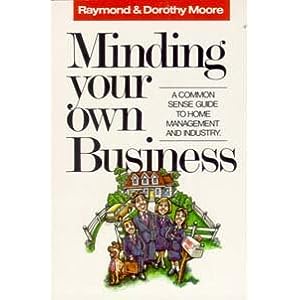 The Successful Homeschool Family Book: The Moore’s original, flexible homeschooling program lets you work around a realistic family schedule while creating a low-cost, low-stress homeschool program for your family. They encourage flexibility and creativity and creating a personalized curriculum based on your child’s needs and interests.

Mind Your Own Business: Why work and service are important components of home education; how to start and run a family business as part of your homeschool. 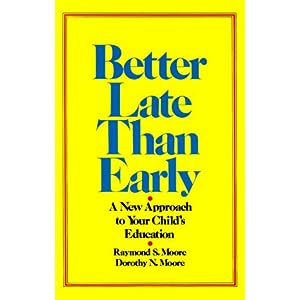 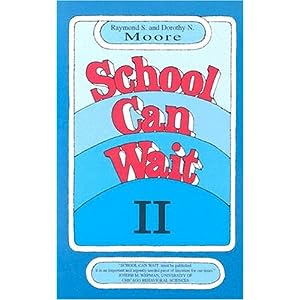 These two extremely important books mine the research showing the very real problems and dangers to children than can result from early formal schooling, and the ease with which children age eight to ten or even twelve can “catch up” with their peers who have had three to six years of formal education.

JOHN TAYLOR GATTO, a thirty-year veteran teacher and New York State Teacher of the Year, also became disillusioned with the system and his inability to truly teach his students. Start out by reading his Seven Lesson Schoolteacher (a short essay which you can read in its entirety online), and then move on to his weightier works. Any of them. All of them. 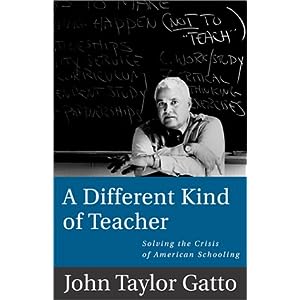 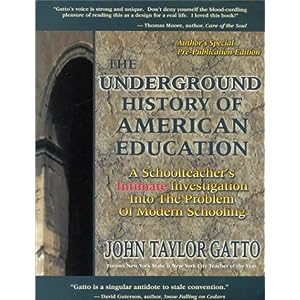 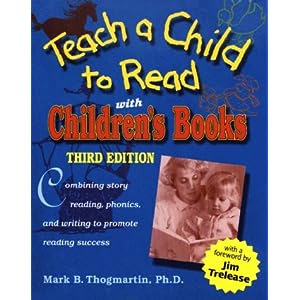 Teach a Child to Read With Children’s Books, by Mark Thogmartin, is the ONLY book on reading instruction you need. As someone who holds a degree in elementary education with an emphasis in early childhood and reading, I can tell you this is 100% in line with what we know about how children learn to read (very little of good teaching theory makes it to the classroom, however). This sensible and simple approach melds phonics to comprehension and writing, which gives beginning readers motivation and reward at the same time they learn. New copies are rare and expensive, but it’s not hard to find a used one at a decent price.

How to Get Your Child to Love Reading, by Esme Raji Codell, is an amazing book of book resources: lists for boys, lists for girls, and lists for reluctant readers as well as activities, projects, and experiments for encouraging and rewarding reading.

3 thoughts on “Books I Love”