I’m planning a series of posts telling how each of my four children learned to read. Obviously, I don’t have time to tackle that project until after Christmas, but here’s a little teaser in the form of what they’re reading right now.

The Ultimate Hitchhiker’s Guide to the Galaxy … yes, at the ripe old age of sixteen, Nova finally knows where her towel is.

Ender’s Game series: Lock started this series somewhat reluctantly, at my urging. Of course he was instantly hooked, as I knew he would be! He has read the first two books, Ender’s Game and Speaker for the Dead, and is now in the middle of Xenocide. I myself have read (and reread) the four books of the original series, but there are quite a few other books in the Ender universe and he says he wants to read them as well, so I’ve been finding cheap copies of them for him. 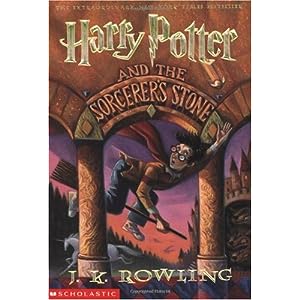 Harry Potter: Kyro, who skipped all the “little kid” books so determinedly I thought he was going to be one of those people who just doesn’t have a taste for fiction, dived right in when he discovered long, involved series with intricate plots and thick volumes.

The Warriors Series: I have my miracle and Minky, who absolutely hated to read, is now going gangbusters two grade levels above herself! Erin Hunter’s Warriors is four series with six titles in each series; she is currently reading the third book of the second series.

The Vegetarian Myth is my choice right now (I’m also rereading Harry Potter myself) and it is a simply fascinating look at how modern agricultural practice is killing the planet (and us) by former vegan activist Lierre Keith.

2 thoughts on “What We’re Reading”